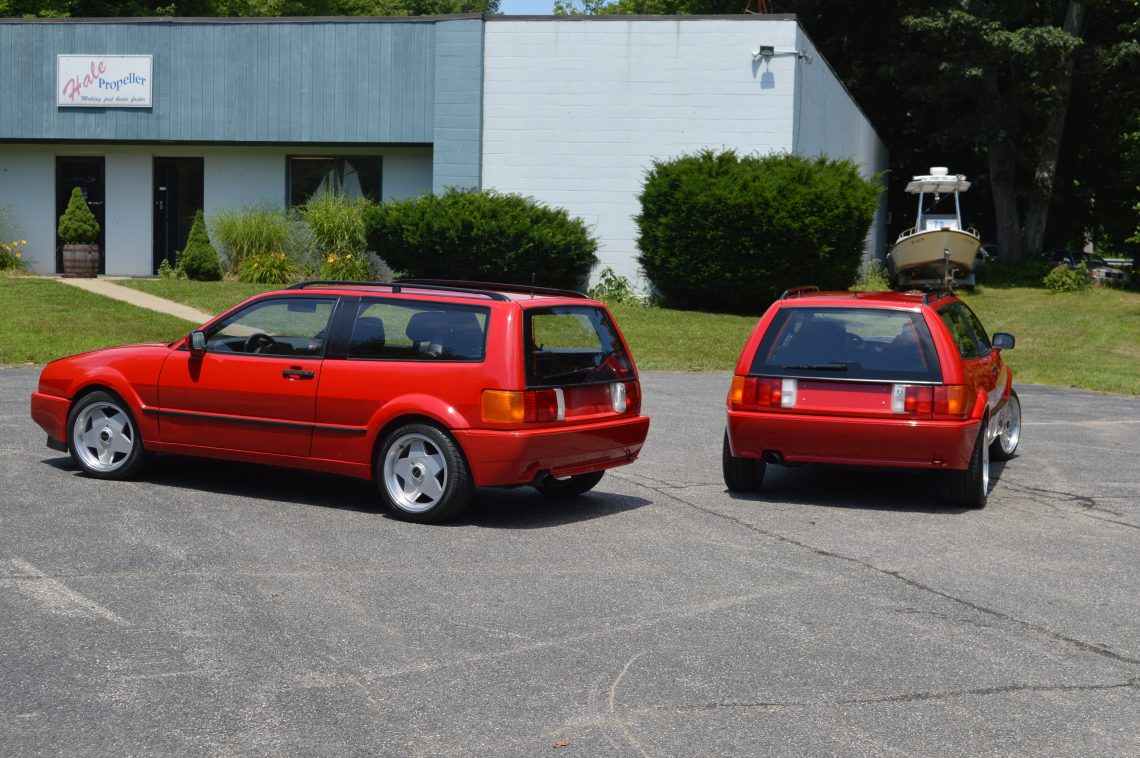 In late 2013 I was contacted by John K., a member of the VWVortex forums, who had purchased the special prototype vehicles in Germany. He had stored them in the Netherlands, with hopes of importing them to his home in the USA, but unfortunately the United States Department of Transportation had determined that these models were not eligible.

The NHTSA were so far as to add them to a list of vehicles that could not be imported as they were distinctly different from their standard USA counterparts. Which was rather a personal thing for John, as he owned the only two ever produced.

While there had previously been a smaller scale wind tunnel test vehicle build, only two full cars were made, before Volkswagen AG decided not to put the cars into production. The company responsible for producing them searched for another coachbuilder or manufacturer to make them, but failed, and eventually they were listed on a German classified website, and sold to John.

With little build information, and no set production date on record with Volkswagen AG, I was tasked with researching and importing the vehicles once they became eligible under the USA’s 25+ year exemption for vehicles. This was undertaking by myself in Holland in April 2014, with the owner John flying in to watch, and was completed in late May 2014.

The cars were fully serviced and detailed by John once in his home state, and he displayed them at Waterfest in 2014, alongside another more common Corrado that was in his collection. The cars received features in Performance VW Magazine from the UK, and PASMAG from Canada, along with a lot of other press.

John continued to enjoy them, before deciding to place them for sale when he wanted to go back to road car racing. One of the pair was sold to a buyer in the USA, while the other went back to Germany to Gunter H., whom I assisted with the Customs clearance. I bumped into the German vehicle while visiting the Stiftung AutoMuseum Volkswagen in Wolfsburg, Germany in 2019, where it was on loan for a Volkswagen Coupe exhibition.

Photos from John K., myself, and others: